The following is a press release from Side with Love, an interfaith public advocacy campaign sponsored by the Unitarian Universalist Association.

On Saturday, an 18-year-old white supremacist carried out a premeditated fatal attack on a Black community in Buffalo, killing ten and injuring many more. Today, we mourn the ten unique and precious lives of the people murdered in Buffalo – church elders, civil rights activists, grandmothers, parents of small children. We grieve with this community as they reel from this violence and collective trauma.

Tops supermarket is more than a grocery store – it is a space that the community created to meet essential needs. The shooter’s plan was specifically designed to target the beating heart of the Black community, taking aim at a nexus of community care, resources, and resiliency. This is the essence of white supremacist ideology – the elimination of not only BIPOC people as individuals, but entire communities and cultures.

Given the persistent white supremacist attacks in our nation’s history, it is dishonest and irresponsible to call these “isolated incidents.” We will not cause further harm by calling this a mental health issue. We must refuse the complacency of accepting that this is simply a gun reform issue. This is the expected consequence of a nation that has yet to confront an ideology that proclaims whiteness is superior and treats blackness as less valuable or a threat. Shootings like these are not an affront to America’s deepest values; they are the embodiment of them.

In all too familiar moments, we recall these words from the song “Tell It Like It Is” by Tracy Chapman:

Say you’ll never close your eyes, or pretend that it’s a rosy world.

Say you’ll never try to paint what is rotten with a sugarcoat.

Say you’ll talk about the horrors you’ve seen and the torment you know,

This latest attack is the result of a society that is rooted in white supremacy. This violence begins with people aligning themselves with white supremacy, however, it shows up in our lives. It shows up with believing that white lives should be protected over Black lives–knowing that Black children playing on playgrounds or sleeping in their homes are killed by police without hesitation, while white assailants are taken safely into custody. It shows up with packaging genocidal movements in language like “Replacement Theory.” It shows up when the media calls Mike Brown an “18-year-old man” and the Buffalo shooter a ”white teenager.” Whether it is the lie of a stolen election or calling a deadly insurrection “legitimate political discourse,” we must remember that “those who can make you believe absurdities can make you commit atrocities.” White supremacy, in all its expressions, is violence. And until we collectively commit to eradicating that root structure, this violence will continue.

We must keep telling the truth, keep fighting, keep building a shared story and collective power because in our bones–we know another world is possible. As Black movement builder and Director of the Working Families Party Moe Mitchell said this morning, “If you don’t think change is possible, organizing is not your ministry.” We begin with truth-telling and moving together in that truth. Another world is possible if we build it together.

In faith and solidarity,

The Side With Love Organizing Strategy Team: 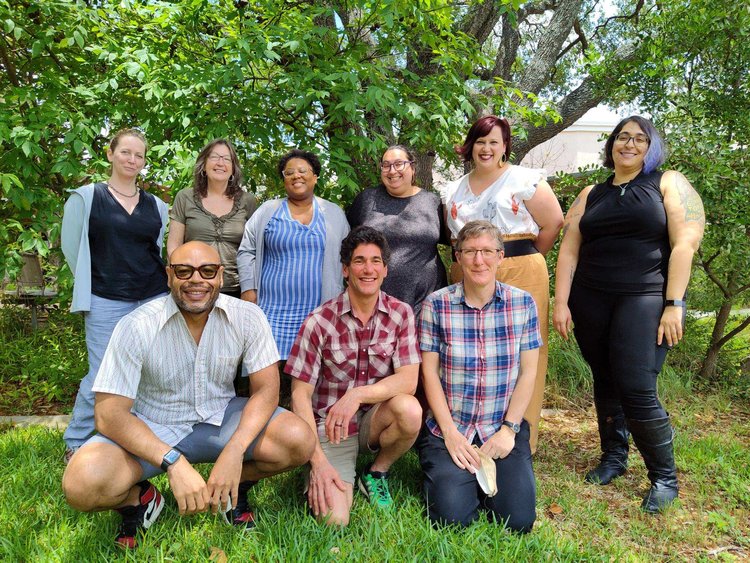