Fearing a forced return to Guatemala, where her life would be in significant danger and she would separated from her family, Aura is fighting to secure a stay of deportation, have her immigration case re-opened, and secure an appropriate Visa. To learn more about her story, check out articles/interviews from the New York Times, The Nation, and Democracy Now! (here and here). 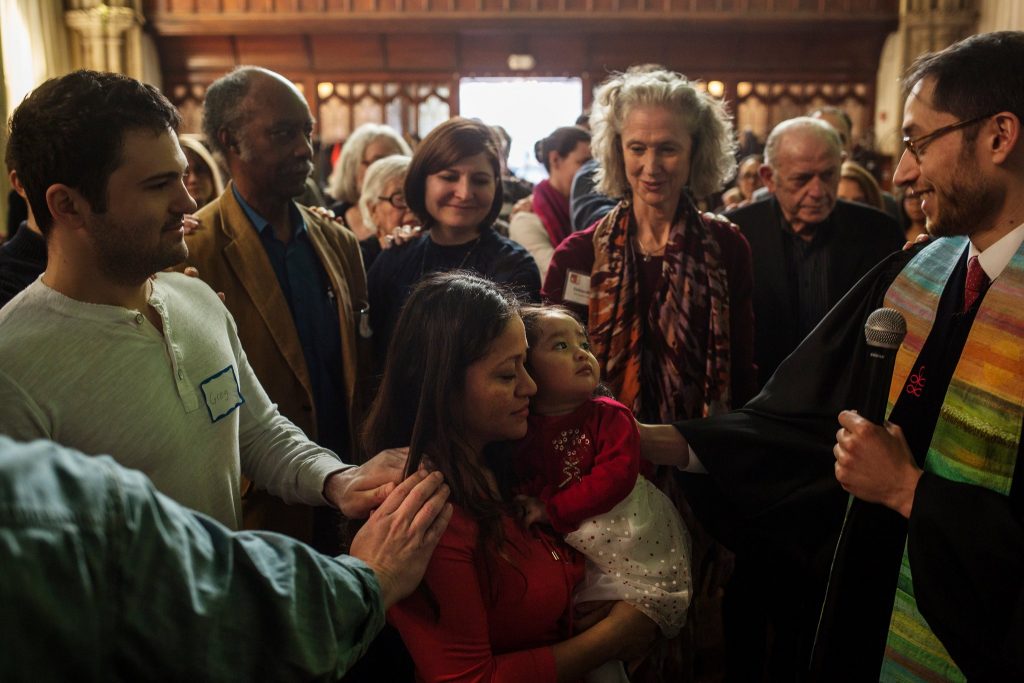 Since then, our immigration justice work has grown to include a wide arrange of other activism, including supporting those who may not need physical sanctuary. We work alongside partners like New Sanctuary Coalition, Faith in New York, the Synagogue Coalition on the Refugee and Immigration Crisis (SCRIC), RDJ Refugee Shelter, and the Columbia University Immigrant Rights Clinic, who are dedicated companions and collaborators in this work.

Most notably, we have embarked on a special partnership with Sanctuary Neighborhoods, a growing grassroots group of activists that work with immigrant families and individuals in greatest need. Supporting roughly 40 families at a time through a dedicated team of volunteers, Sanctuary Neighborhoods ensures that ours is truly a sanctuary city. Fourth Universalist believes in this work and is offering our support as an established 501c3. This will allow Sanctuary Neighborhoods and our congregation to grow not only in capacity and impact, but to expand our mission to serve justice together.

If you are interested in donating to Sanctuary Neighborhoods, we invite you to follow the donate button here:

If you would like to get involved in these efforts, I invite you to contact our Senior Minister, Rev. Schuyler Vogel, at revschuyler@4thu.org, or our Immigration Justice Team, led by Erin White, at immigrationjustice@4thu.org. We look forward to being in touch!