ELAINE MCARDLE | 11/1/2019 | WINTER 2019
Unsettled: Seeking Refuge in America, a documentary released in April and currently in film festivals around the world, tells the story of four LGBTQ immigrants who move to San Francisco to avoid persecution related to their sexual orientation. The four had endured death threats and murder attempts in their home countries, in some cases by their own families. As they pursue asylum they face legal hurdles, anti-immigrant sentiments, and the incredibly high cost of living in their adopted city. One of them, Junior Mayema, from the Democratic Republic of Congo, has been supported by the Guardian Group of First UU Society of San Francisco, which received grants from the Fund for UU Social Responsibility; until going on hiatus last year the Guardian Group provided support to sexual minority refugees, asylum seekers, and asylees resettling in San Francisco and nearby cities.
READ MORE HERE 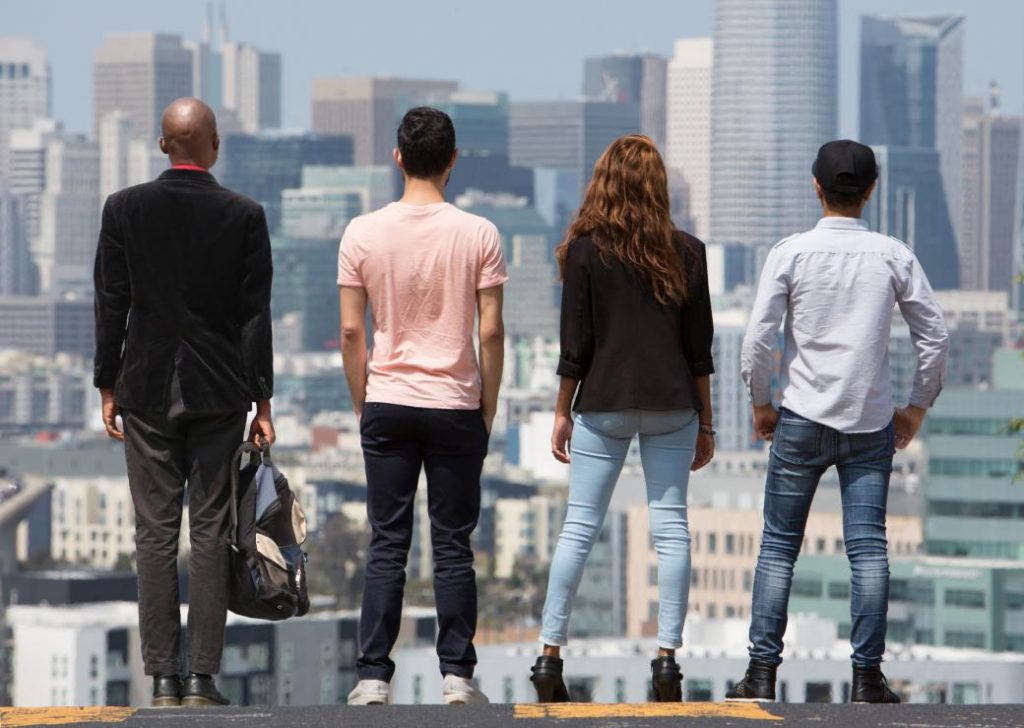